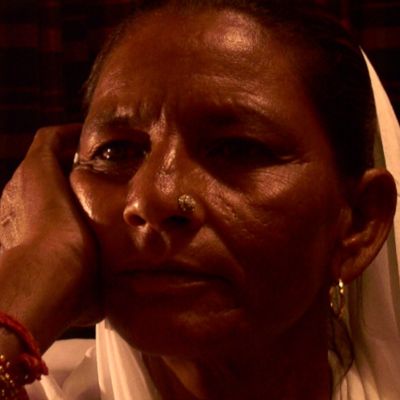 Her family belonged to Lyalpur in present day Pakistan but they moved to India at the time of partition and Swarn Noora was born close to Amritsar. Her musical training came by default from her mother, Bibi Noora, a nationally acclaimed singer of the Sufiyana Qalam , though she regards her late husband Sohan Lal to be her real guru . She was interested in singing even as a little girl, but her mother did not consider it a fit line for her daughter and didn't encourage her to train professionally. She was married at the age of twenty one and though her husband also belonged to a family of singers who regularly did professional programs, mostly of quwwali, she would never go with them. She says that she fell seriously ill with an inexplicable illness and it is then that her husband, having tried all kinds of medicines and failed, asked her what she really was sad about. She then expressed her desire to sing professionally. He immediately agreed and began to train her to sing with a dholak and a tabla, to equip her to perform in front of audiences. That was the beginning of her journey into professional singing and she hasn't looked back since. Her husband passed away a few years ago, she now sings with her son, Dilbahar, who accompanies her in vocals and on the harmonium. Her eldest son, Gulshan, is a composer and has set many of the compositions she sings to tune and the second son, Gulzar, is a dholak player.