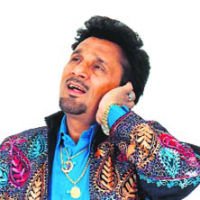 Kuldeep Manak was born as Latif Mohammed on November 15, 1951, in village Jalal of Bhatinda district. His father, Nikka Khan, was a singer too. Manak left Bhatinda and went to Ludhiana to pursue his career as a singer. His illustrious career in music began when the 17-year-old was chosen to sing alongside famed vocalist Seema in 1968. This proved to be Kuldeep’s lucky break and he went on to forge a successful career in the music industry racking up hit singles and albums and collaborating with other artists. During the bhangra star’s heyday in the 1980’s and 1990’s be developed a reputation for singing the traditional Punjabi genre of music known as Kaliyan. Despite being in his 60’s, Ustad Kuldeep Manak’s desire to sing never faded and his most recent project saw him collaborate with established bhangra artist, Jazzy B on his new album Maharajas. He died on November 30, 2011.