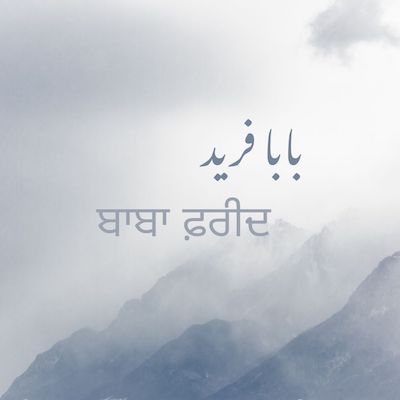 Baba Farid (1173–1266) was a Punjabi poet and saint of the Chishti order of Sufism. He is among the first known Punjabi poets. He is also one of the fifteen Sikh Bhagats within Sikhism and his selected works are included in the Guru Granth Sahib. Baba Farid was one of the leading protagonists of the Sufi cult in the northern India. He laid stress on love of fellow human beings as a mean of attaining love of God. Service to humanity was part of the mystic discipline for him. His verse is singularly free from any social, historical, or sectarian prejudice. His teachings are of a moral nature. Baba Farid primarily composed poetry around the temporal nature of human life, the eventual departure, being considerate of others during the time that one finds on this Earth.