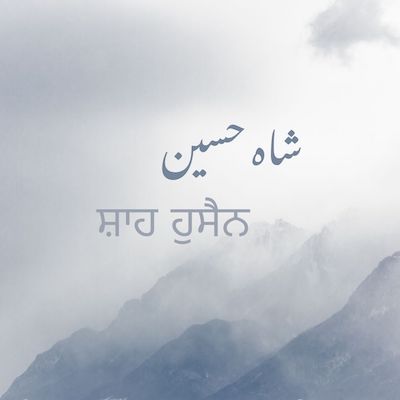 Shah Hussain (1538–1599) who ranks with Baba Farid and Bulleh Shah as a Sufi poet has image of the hippy of today. Well-read, highly creative, spiritually evolved and yet indulging in activities that besmeared his image in society. Shah Hussain was a disciple of Shah Bahlol. He took to Malamatiya practices and shaved his head, moustaches and beard. He used to take bhang and roam in the bazars in intoxication. It is believed that he indulged in all this erratic and anti-social behavior to attract people's ire which is one of the was of a mystic. Shah Hussain wrote the songs of love, dejection, devotion and separation. Sense of separation is so deep-rooted that it moveds the hearts of readers. He transformed the entire spirit of Sufi poetry in the Punjabi literature and broadened its shere from mere philosophical sufism to encompass the whole gamut of a person's feelings.